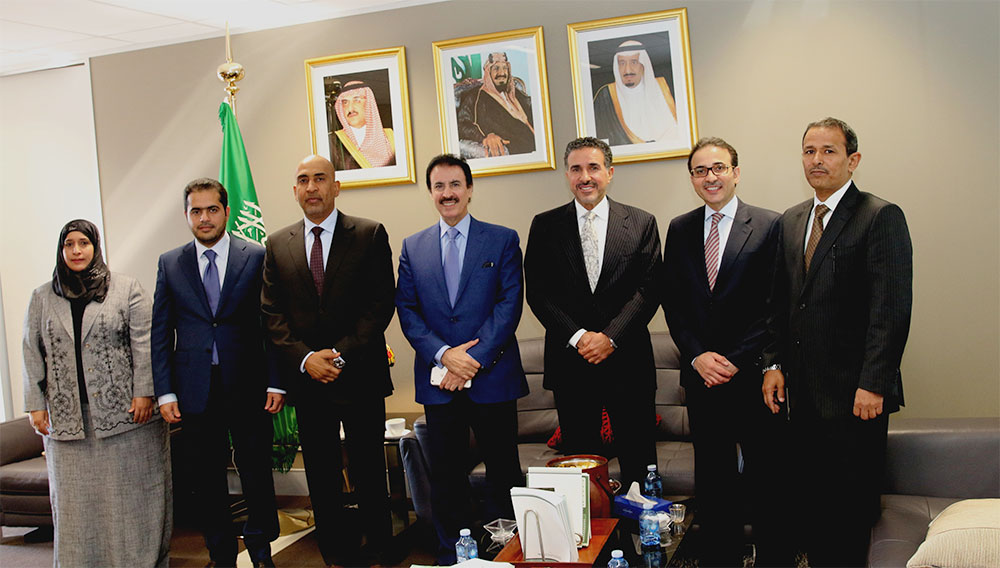 The ambassadors of Gulf Cooperation Council (GCC) countries to Australia visited the Saudi Arabian Cultural Mission (SACM) in Canberra, on Monday 8th of August, 2016, at the invitation of the Saudi Ambassador to Australia and New Zealand H.E. Mr. Nabil Bin Mohammed Al Saleh. The ambassadors were welcomed by Dr. Abdulaziz Bin Taleb, the Saudi Cultural Attaché to Australia, Deputy Attachés and SACM’s directors.

The Cultural Attaché explained the role of Saudi Ministry of Education and SACM, in collaboration with the Saudi Embassy in Australia, in the supervision of Saudi students and their companions in Australia. He also toured with the ambassadors throughout SACM’s departments, explaining the role of each department and highlighting SACM’s initiatives and development programs which enhance SACM’s performance toward providing the best services to Saudi students.

Ambassador Al Saleh praised the Saudi government’s support to scholarship students, and highlighted good cultural and academic relations between Saudi Arabia and Australian universities and research centres. He also pointed out that, years ago, SACM had a venue in a few rooms inside the embassy premises, and now it occupies its own separate building where it employs more than 120 staff members, in order to serve scholarship students in Australia. “This is a responsive and productive step towards the ongoing development and expansion, in line with the support to education and scholarship program in the era of the Custodian of the two Holy Mosques King Salman Bin Abdulaziz Al Saud”, said Al Saleh.

Ambassador Al Saleh commended SACM’s communication with scholarship students and the services it provides to them. He also praised SACM’s role in promoting the academic and cultural relations between the two countries, and confirmed the embassy’s full support for SACM to meet the needs of Saudi students. On the other hand, the Cultural Attaché expressed his thanks to ambassador Al Saleh for arranging the visit, which substantiates the good relations between Saudi Arabia and the GCC countries.