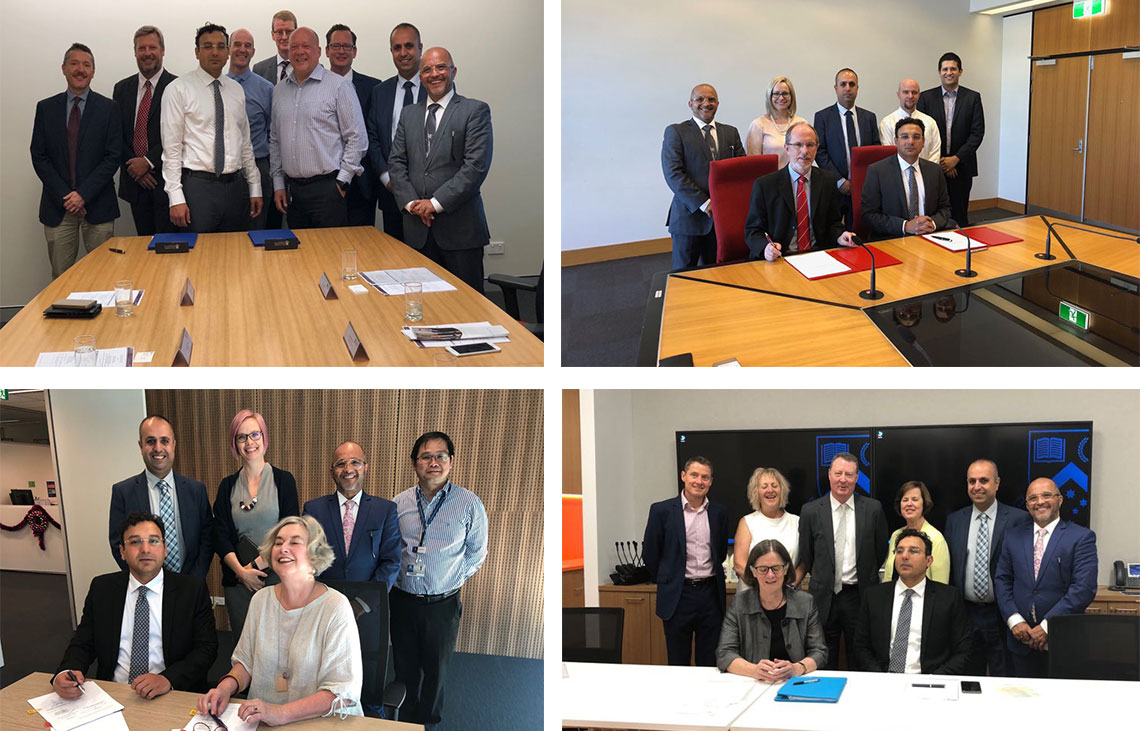 Dr. Hesham Khadawardi the Saudi Cultural Attaché to Australia, executed contracts with four Australian universities (the University of Melbourne, Monash University, Griffith University and Queensland University). As per the contracts, these universities agree to offer training to a group of teachers sponsored by Saudi Ministry of Education under “Building Leadership for Change through School Immersion (BLCSI)” project (known as KHEBRAT program). The signing ceremony was attended by Mr. Ayman Al-Saleh, Director of Cultural Affairs the program manager, and Dr. Ghassan Olwan, BLCSI supervisor at SACM.

The first group of trainees is expected to arrive in Australia early January 2018. The trainees have been distributed to the above four universities. The project is an ambitious long- term endeavour to transform the knowledge, skills and attitudes of Saudi education professionals through university-guided immersion in successful K-12 schools in host countries.