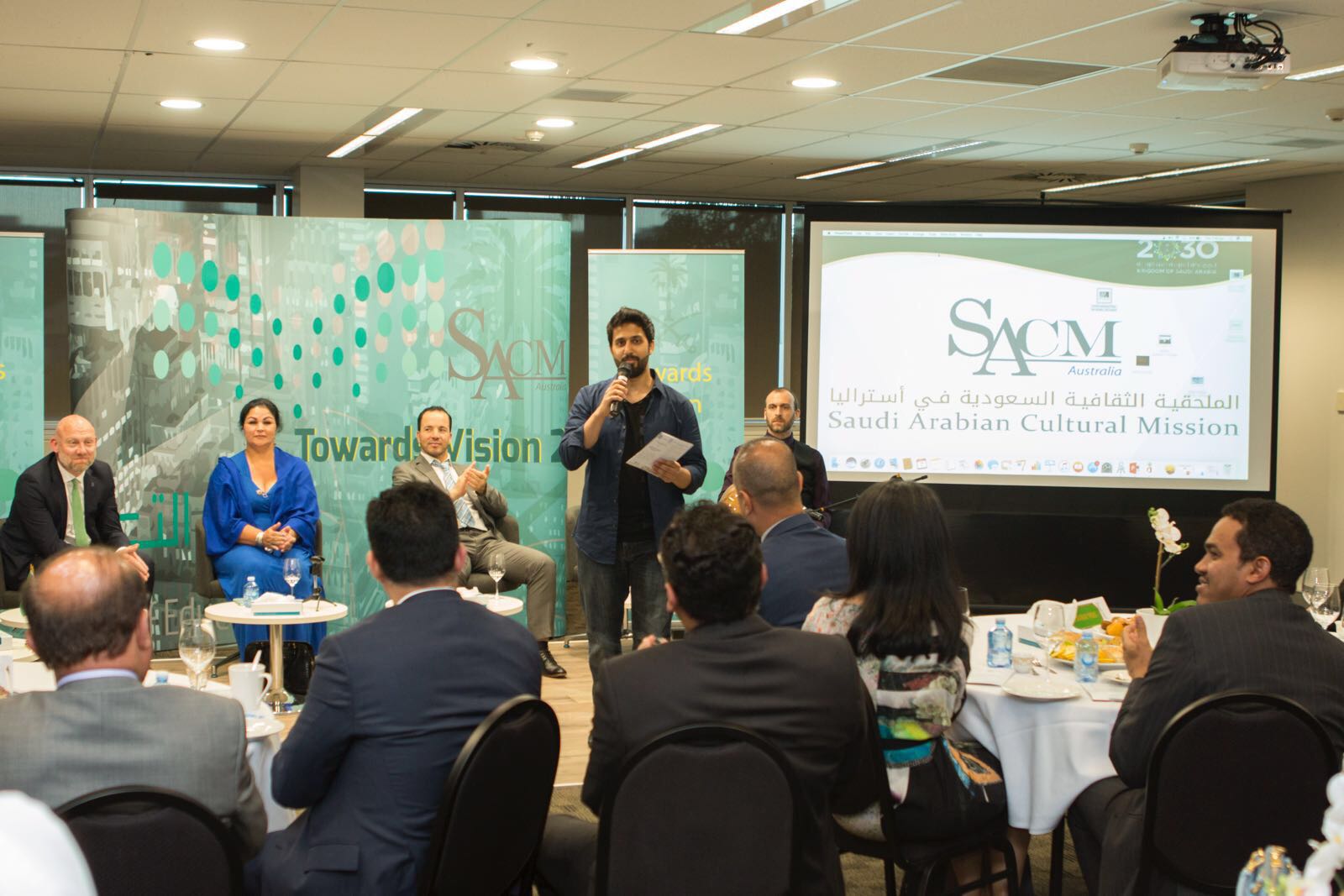 The Saudi Arabian Cultural Mission (SACM) in Australia organized a seminar themed “Preserving the Arabic Language in Western Societies”, celebrating the World Arabic Language Day (WALD 2017) as an important global event aimed at promoting the Arabic language and highlighting its historical role in the dissemination of science and knowledge. The event took place at SACM’s premises in Canberra.

Dr. Hesham Khadawardi the Saudi Cultural Attaché to Australia delivered an opening speech, and welcomed the attendees for honouring the event. He spoke about the importance of the Arabic language globally. He also pointed out that SACM pays special attention to WALD being the occasion of the adopting the Arabic language as one of the six and working languages of the United Nations.

Dr. Mustapha Taibi Associate Professor in Interpreting and Translation at University of Western Sydney spoke about government language policies with regard to accreditation, strategies and practical measures related to the promotion of language, in addition to family policies relating to the use of a particular language at home, which reflects the interest of the community and individual ideologies towards the language.

The seminar was attended by the Saudi Chargé d’Affaires in Australia, a number of members of the diplomatic corps in Canberra, a number of personalities interested in Arabic language and culture, and representatives of Australian educational institutions. The seminar also featured speeches of experts about the importance of Arabic language; a documentary about Arabic language; and an exhibition highlighting the role of Arabic calligraphy in promoting Arabic culture. Honouring trophies were also presented to some participants in the event.