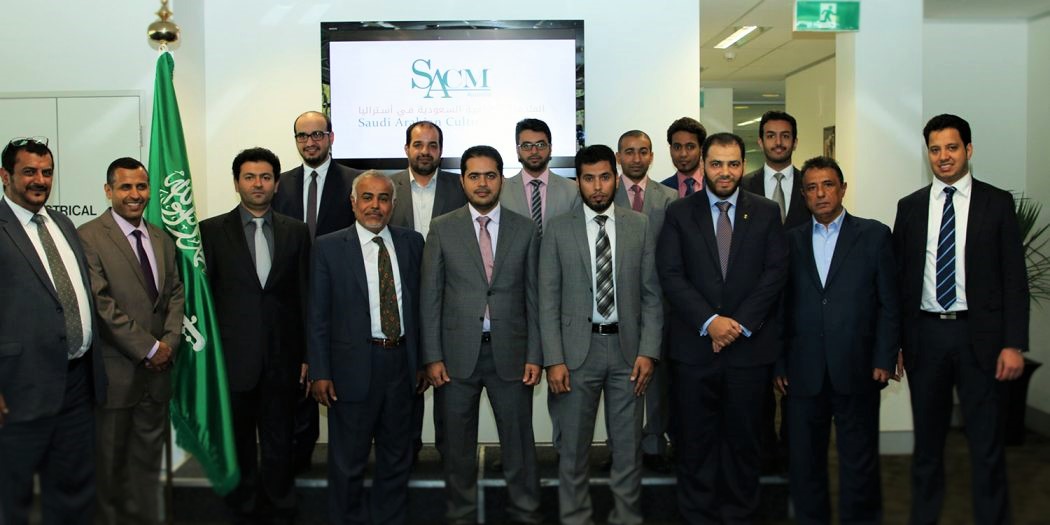 The Saudi Arabian Cultural Mission (SACM) in Australia organized, in its premises in Canberra, an honouring ceremony for diplomats whose services will end during the current year.

At the ceremony, Dr. Abdulaziz Bin Taleb, the Saudi Cultural Attaché to Australia, presented certificates of appreciation and commemorative plaques to the honourees, in recognition by SACM and the staff of their efforts during their tenure of office. The Cultural Attaché expressed his thanks and appreciation to honourees, praising their performance and their dedication to the work, and wished them every success in their future endeavours.

The honourees expressed their pride in working at SACM, and valued the experiences they gained and the good relations they have had with staff members throughout their term. They also thanked the Cultural Attaché and fellow employees for the honouring ceremony.