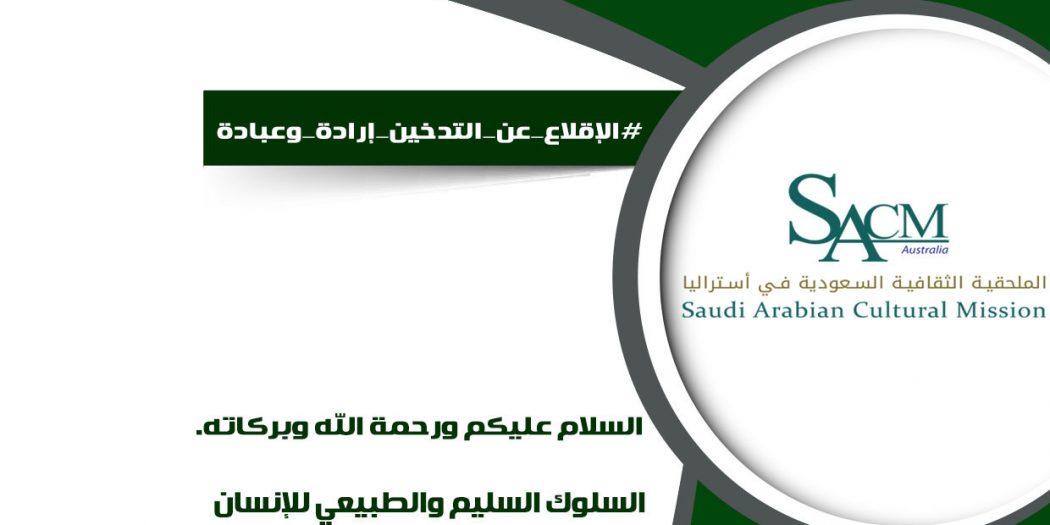 The campaign sends messages through emails and through SACM’s social media channels, in order to encourage Saudi sponsored students to quit smoking and raise their awareness of health, economical and social detriments of smoking. The campaign also highlights the ruling of Islam on smoking.

In its endeavors to urge smokers to quit, SACM has also provided students with information about ways to quit and agencies in Australia that can offer assistance in this regard.

The campaign is one of SACM’s educational programs and initiatives, and is purposely launched in the holy month of Ramadan being a good time for quitting.

Noteworthy, SACM organized a similar campaign last year under the title “the Student_is_aware_of_Smoking_Detriments”.