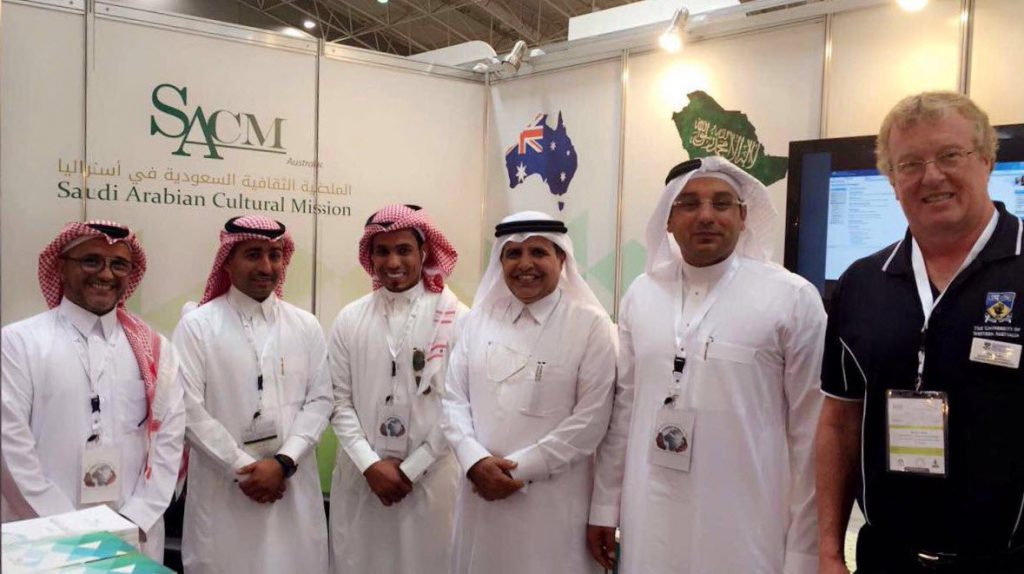 The Saudi Arabian Cultural Mission (SACM) participated in the 7th International Exhibition & Conference on Higher Education (IECHE) organized in Riyadh during the period from 12th to 15th of April 2017 – under auspices of Custodian of the Two Holy Mosques King Salman bin Abdulaziz – and inaugurated by Dr. Ahmed bin Mohamed Al-Issa the Saudi Minister of Education.

SACM’s team was headed by Dr. Hesham Khadwardi the Saudi Cultural Attaché to Australia. The team provided information to visitors about Australian culture, universities and educational system, and also highlighted SACM’s contribution to the cultural, scientific and educational exchange between Saudi Arabia and Australia. Copies of SACM’s publications were also displayed at SACM’s booth.

IECHE 2017 attracted more than 150,000 visitors and 387 participants, including 300 universities across the globe. The theme of IECHE 2017 was “Saudi Universities and Vision 2030: Knowledge is the Oil of The Future”. It focused on the boom in the fields of science, research and education, highlighting the rapid technological development and the role of universities as the most important source of knowledge.

The events included 59 workshops that discussed topics related to the objectives of IECHE and higher education and how to promote it through the presentation of new perspectives and innovative means in the process of teaching and learning. Twenty eight distinguished academic speakers from around the world also presented a series of seminars on scientific and training topics.

The International Exhibition & Conference on Higher Education is the biggest event on higher education in the region which is organized annually in Riyadh, Saudi Arabia. Participants include Saudi universities; Saudi cultural missions abroad; hundreds of international universities and educational institutions.