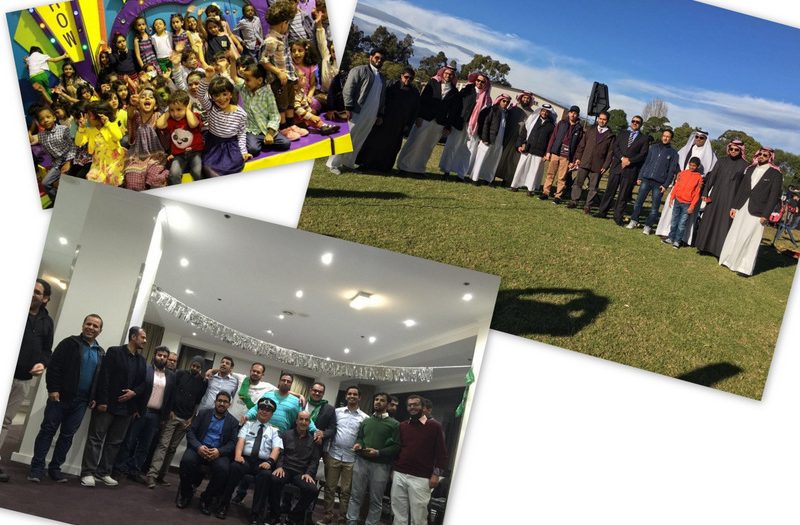 Last week, Saudi Student Clubs in Australia organized several events across many of Australian states and cities, celebrating Eid al-Fitr. The celebrations were attended by a large number of students and their family members. Such celebrations take place annually, as part of the major social activities organized by Saudi Student Clubs across Australia, under the supervision of the Saudi Arabian Cultural Mission (SACM) to Australia, in line with the plans implemented by the clubs during each round. The celebrations aim at strengthening the bonds and affection between students and alleviating the suffering of homesickness while being away from their homeland, by involving them in recreational, social and cultural programs.

The clubs successfully organized Eid celebrations this year by booking good venues and entertainment spaces at public parks and inviting all students and their families to participate. Some clubs offered sweets, drinks and gifts for children, in addition to the entertaining, sport and cultural activities and competitions.

A number of students who participated in the celebrations expressed their happiness and stressed the importance of such celebrations to them and their children, particularly these celebrations were overshadowed by Saudi Arabia’s distinct character.