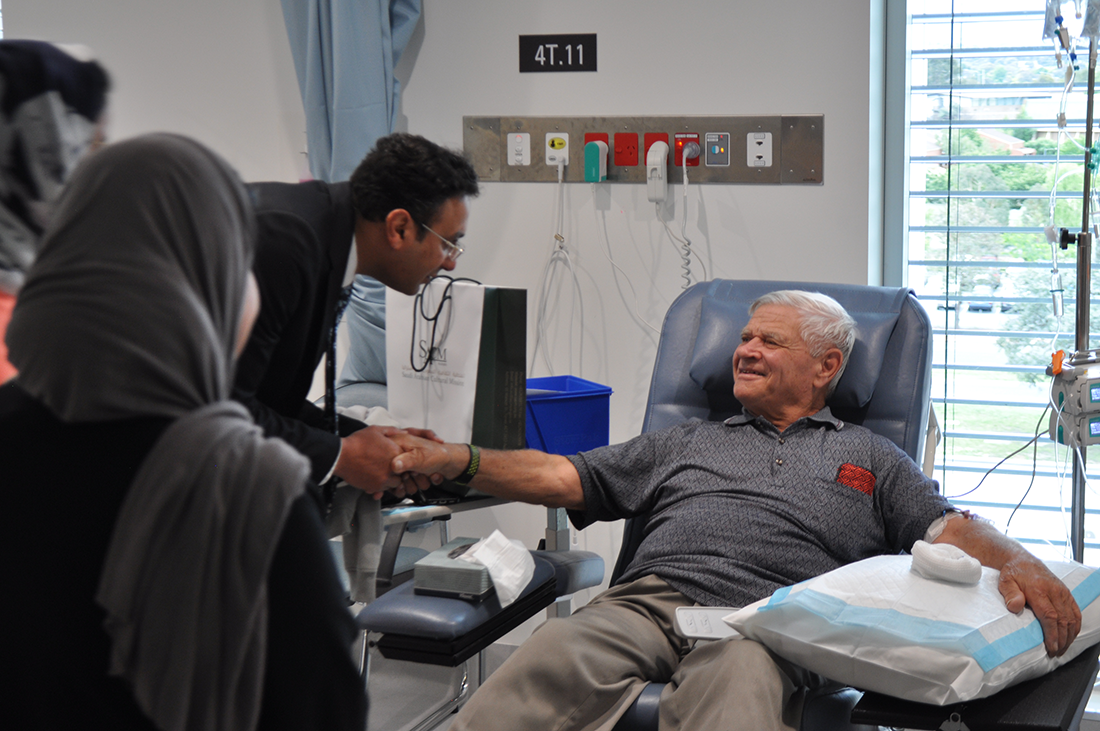 A delegation from the Saudi Arabian Cultural Mission in Canberra, led by the Cultural Attaché Dr. Hesham Khadawardi, Mr. Ayman Al Saleh, Director of Cultural and Social Affairs at the SACM, visited the cancer patients at Canberra Hospital. The delegation exchanged talks with the patients and presented some token gifts to them. The delegation was also accompanied by a number of Saudi students studying at universities in the city of Canberra. 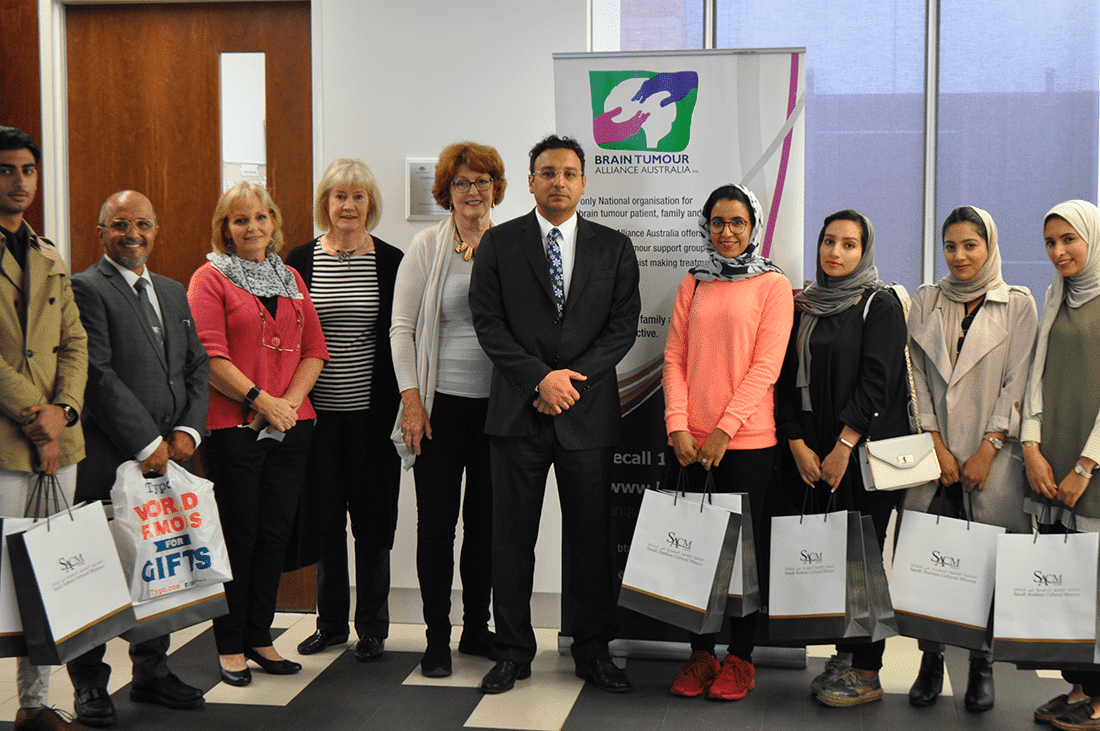 The visit coincides with the International Volunteer Day as part of the “We Give” initiative sponsored by the King Salman Youth Centre in Saudi Arabia. The visit was coordinated by SACM and the Australian Cancer Research Foundation (ACRF) which is deals with cancer researches and supports cancer patients in Australia. SACM maintains ongoing coordination and joint activities with ACRF.

The International Volunteer Day, coincides with on the 5th of December of every year, is an annual global day which has been organized by the United Nations since 1985 to be celebrated around the world to acknowledge the efforts of volunteers and raising awareness about their contribution to society.